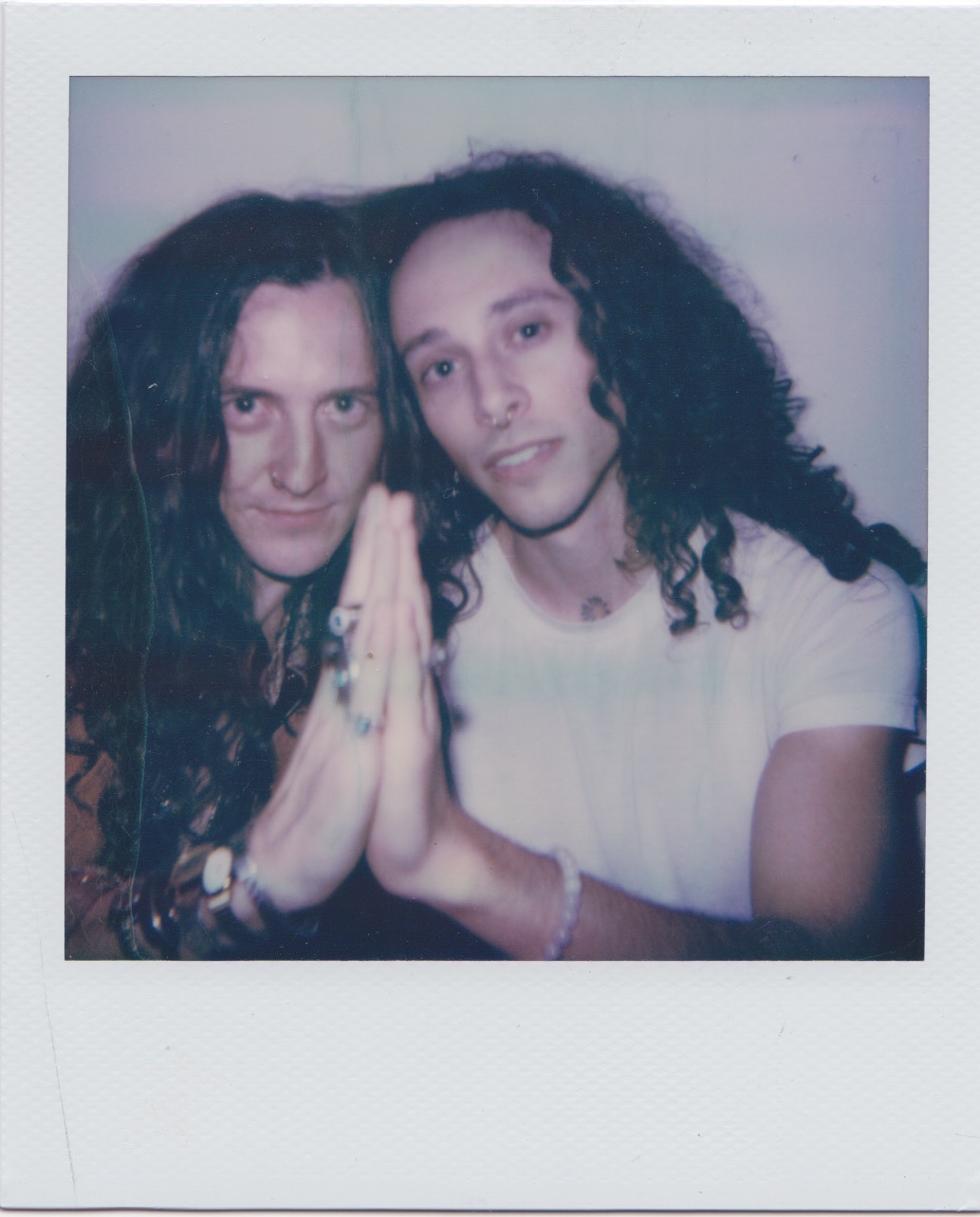 Fred is magical. I met them at a turning point in my emotional and mental health when I began to feel like a person again. I had just moved back to my hometown in Texas, and one night, while I was dancing for my absolute life at a small hotel party, they passed by me in an enormous fur coat. I knew them from Instagram and reflexively reached my hand out to get their attention before they were gone.

As they turned toward me, I noticed the rings on every finger, the low-hanging necklaces, and the blue velvet chunky-heeled boots. I gawked to them about their ensemble and they briefly explained to me that it was just their daily armor. There, in the middle of the dance floor surrounded by moving bodies, we paused there understanding each other.

It’s rare for me to find someone so similar to myself. We are both slight-statured with long brown curls, impeccable style (though I will always aspire to their level on this), and big non-binary energy.

A month later, Fred and I went to the Modern Art Museum in Fort Worth’s Cultural District, just a mile or two away from the famous stock yards that give us our nickname, Cowtown. Fred had already been through the exhibit just before I got there. It was called “Disappearing,” and they gave me a tour through what they had seen, guiding me through the context of the artists’ work and respective lives. In between telling me about pieces in the exhibit, they asked me questions about my recent travels and my early life. With fellow queers, the early life always comes up, as it’s usually our first available common ground.

After walking the gallery and sharing memories of being a kid in this same museum, we found our way to the sunlit cafe that overlooks the reflecting pool. It was amusing to remember being thirteen, back when I thought of this cafe as a place for very fancy adults. It made sense to be going in for the first time with Fred.

We ordered food and I ordered a negroni as Fred told me they weren’t much of a drinker anymore. They continued to ask me questions about my experiences with family and living outside of Texas, and I found myself slowly spilling intimate details of my identity crisis in New York City to them, about how I discovered I might not actually want to be a dancer after having studied dance since adolescence. I told them about feeling unsafe and unsettled in New York, about my relationship with an artisanal butcher, how I overcame my trauma with my real-life evil stepmother, and how I was still becoming myself after a long bout of loneliness and depression on the west coast.

Afterward, we took my stepfather’s car to the water gardens, where Fred told me anecdotes about the architect that designed them. I was enamored by their abundance of knowledge and maybe a bit self-conscious about my lacking, but Fred seemed content to be the one leading the way while I talked about all of the things that were churning inside of me. When the light started to become a warmer orange around us, our energy settled and it was time to part ways.

The next time we saw each other was a month after at the same museum, and Fred had brought along two of their friends, Blake and Pierre. Like Fred, they exuded a visible aura of queerness. My nervousness of meeting new people dissolved quickly into conversations about visibility and art as we moved out into the grass where we lounged on cement chairs overlooking the water. Fred took a photo of the three of us against a wall where Blake and I looked stoically content while Pierre stole the shot with their smouldering energy. Being in a photo with them taken by Fred felt good in a way I hadn’t felt in a long time. It was a simple, effortless moment that sparked a sense of belonging and roused some deep dormant part of me.

At home later that day, I looked at the picture again. In it, I saw people who exist creatively, not just in the sense that they create profound artwork, but in the sense that surviving in its most general mundane sense, for them, must be done creatively. They found each other and held each other close and that is how they dealt with the exhaustion that living creatively brings, and they were allowing me to become a part of that huddle. The dizziness of feeling lost began to settle.

Two months later, Fred brought a group of eight beautiful queers together to celebrate my birthday in August, and though I knew Fred, Blake, and Pierre, I was in shock that five complete strangers wanted to come together for me. I was fortunate not to be the last arriving because it meant I could watch the remaining others enter the restaurant. A queer person entering any kind of social gathering is a mix of a dancer entering the stage and a gladiator entering the arena.

Sebastian and Colton could be heard clacking rhythmically across the tile through the more crowded entrance of the restaurant wearing short dresses and heels looking like they could be the stylists for Sex and the City and Mars Attacks. They were stunning and I was elated. Misael entered softly in a bucket hat and overalls and all of his gentle beauty. For two hours we sat at the table fawning over each other. At the end of the meal, they all sang “Happy Birthday,” and it was the first time in my life I didn’t want the song to end.

For a night, I was with a group of people who showed me love and understood my story without me having to tell it. Now, when we are together, we get the chance to celebrate each other for the things that make us feel unsafe elsewhere. Finding each other is never guaranteed and it can feel like the most impossible task, but I was lucky this time, because Fred found me.