Last year, I began a body of work called Precious Rubbish. This series of hybrid gag panels and short prose is modeled after mid-century children’s comics like Casper, Little Dot, Little Eva, and Little Lulu, but stars “Kayla,” a self-portrait character whose blank eyes and somewhat sad, harried expression never changes. While the style and essence of the work is a nod to these vintage children’s comics, the color scheme references Komik Kards, mid-century gag postcards I discovered while antique shopping in West Texas. Precious Rubbish is, in part, a project rooted in reclamation — the color and style of the work references these historically sexist and (sometimes racist) gag postcards and comics that I want to reclaim as my own by injecting my personal experiences into them. “Kayla” represents a blank-slate iteration of myself that embodies the awe, confusion, and absurdity of pure existence while reflecting the deep-set, static self-image I’ve internalized throughout the course of my life.

My current artistic practice centers “Kayla” within two interrelated worlds: my own, via memories from my childhood and young adult life, and the culture I was raised in, via comics I read when I was a kid. These  beautiful yet disposable comics — which shaped my childhood experience — are, more often than not, designed to perpetuate the very cycle of dehumanization that continues to shape my lived experience as mindful readings of them reveal the blueprints for the cis white heteropatriarchal messages and narratives that still circulate within popular culture today. By de-constructing, re-drawing, and re-writing these comics and narratives, I confront my own experiences of abuse, the erosion of personal space, the destructive undercurrents of gender roles, and the heightened trauma of childhood misogyny, racism, and homophobia, and I allow myself to create psychological dramas that reflect the often painful act of remembering. In effect, each Precious Rubbish piece is a gag in which my emotional truths, in all their complexities, are rendered as an unspoken punch line; a joke that isn’t meant to be understood as much as it is meant to be felt.

Since the 2016 election, accessing, processing, and rendering my emotional truths has been more difficult than usual. Like many others, I feel overwhelmed. So many of our country’s darkest and most violent undercurrents have surfaced. Once subtle (albeit, ever-present) aggression now feels alarmingly overt. It is terrifying. I have since logged off of social media in an attempt to focus on my own recovery. One of the most useful things I’ve been able to do for myself (in my entire life, even) has been seeking therapy for the first time. I’ve been seeing a therapist for the past few months, and it’s been immensely helpful. Although, given the state of the world, sometimes seeking help does feel a bit like polishing a doorknob in a house that’s already been condemned.  These three Precious Rubbish pieces do not necessarily reflect the conversations I have with my therapist, but rather seek to render my post-election emotional state by using this sometimes frustrating, sometimes absurd patient-counselor relationship as a bit of (much-needed) comic relief.

For me, this work is a form of self-care. To access and sit with my emotional truths is to be present with myself, to listen to myself, and to validate my own complicated humanity. My practice as an artist allows me to re-claim my narrative and my identity from the forces that work to erase them. It’s an exercise in refusing to allow cis white heteropatriarchal messages and narratives to define me by owning my truths in a way that I desperately needed to see as a child, and still need to see as an adult. 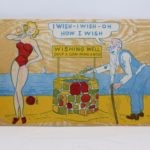 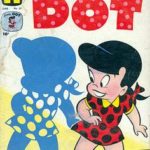 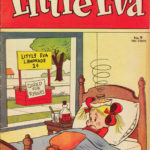 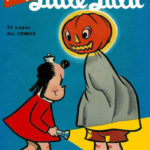 Kayla E. is a queer Latina artist, editor, and designer. She is the editor-in-chief of Nat. Brut and works as a freelance designer, public speaker, and artist. Her artistic and editorial efforts have been profiled by NPR, TIME, The Huffington Post, Design*Sponge, and The Establishment, among others. Kayla currently resides in coastal South Carolina with her partner and their three animals.