Behind the Scenes of Teens Take Charge, a New Student-Led Coalition 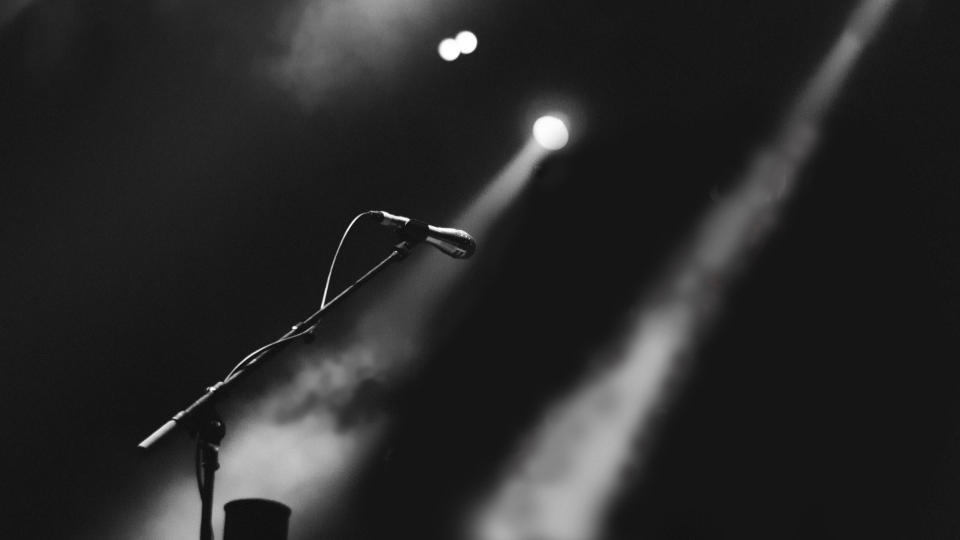 Each issue, we typically explore in-depth the work of a single artist, writer, or filmmaker. But for this fifth issue, Artificial Realities, we’ve opened the door wider: to the 12 members of Teens Take Charge, a new student-led movement for educational equity in New York City. Why? Because these students are changing the way people talk about public school education by shining a real and urgent light on how political policies play into their lived realities.

The launch event, entitled “To Whom It Should Concern,” was hosted at The Bronx Library Center and featured testimony in the form of open letters, slam poetry, spoken word, rap, and a live discussion with the audience. The power of their performances extended well beyond that evening. Most recently, their words attracted the attention of The New York Times, who featured excerpts from five students.

To showcase their voices on The Seventh Wave, we brought in a camera and hit record; now, we’re hitting publish. First up is Yacine Fall, who during the very first meeting back in February said, “People underestimate the power of giving youth pens.” Her open letter provides proof of that power, as she directs her focus toward segregation, as well as integration.

But the event didn’t begin on stage. For an hour and a half prior to the official program, Teens Take Charge members led a variety of pre-event activities, including a letter-writing station (over 30 people, ages 8 to 45, wrote letters addressed to whom it should concern), a photo booth (where people stood with a sign that displayed something they wished people would see about their educational reality), and an art walk (that displayed a spectrum of statistics). These were components that the students had decided upon during their meetings in the weeks leading up to the event. They discussed in detail every aspect of the four-hour program. 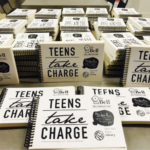 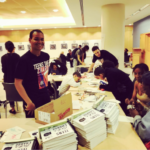 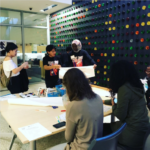 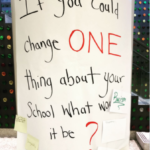 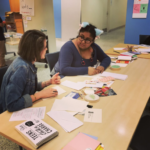 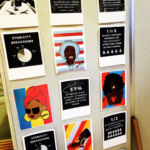 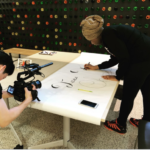 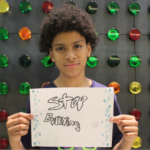 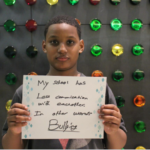 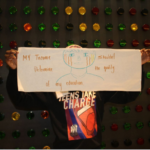 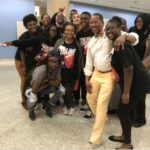 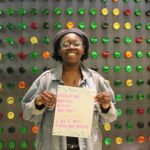 Through it all, interaction was the key element. The students wanted the audience to not just observe, but participate and engage with the issues. At one point during the official program, the audience became the performers. Luke Nephew from The Peace Poets, one of two adult performers (the other being Yahdon Israel, creator of the literary-fashion movement #LiterarySwag), led the audience in a series of empowering chants:

It was a vocal night, but just as quickly as the audience was to speak up, cheer, and snap, so would silence fall over the crowd for entire performances. One such moment was when Kareem “Dream” Armfield took to the stage, turned on the speakers, and rapped. For one minute and forty seconds, all eyes and ears were on him:

Toward the end of the program, seven members from Teens Take Charge took the stage for a live discussion, which was moderated by Hebh Jamal. For 40 minutes, Hebh asked her fellow students about specific aspects of their schools and experiences. It gave the students a chance to explain certain lines or aspects of their letters and poems, as well as reflect on their experiences and the moments they realized their educational system was not set up with their best interests, or futures, in mind. How did the evening end? The final speaker of the night, William, took the stage and proceeded to deliver a truth that was a secret, something he had been holding onto for 11 years: his immigration status. Halfway through his speech, he paused, looked at his classmates in the audience, and with tears in his eyes, explained why he had been silent to them about his college acceptances: I have hidden my legal status for 11 years. For 11 years I have lived in the shadows and let me tell you something: it hurts. It hurts when you hear your friends telling you about their summers in the countries of their heritage, visiting family, and making wonderful memories. All you can do is listen and hide your sadness behind forged smiles because you haven’t been able to visit your family for a long time. It hurts when you see your friends study abroad or attend enrichment programs inother countries, and you can’t because you lack the blue American passport. It hurts when your 96 year old great-grandmother dies an ocean away and you can’t even attend her funeral or bring flowers to her grave. It hurts.

There were many moments from the event that lingered long in the mind, which is partly why we asked the students to write short reflections about their experiences. How was it for them to stand up there in front of complete strangers and discuss painful experiences so candidly? Were they nervous? Was it liberating? How do they plan to continue using their voice? Above and to the right in the sidebar, you will find their responses and reflections. For more information about Teens Take Charge and their second event, see the information below. In the meantime, we hope you’ll join us in sharing their stories and voices on social media. #TeensTakeCharge You can visit their website, www.teenstakecharge.com, to read their letters in full, stay up-to-date with future events, buy some swag, donate to the movement, and see some of the statistics behind the issues they are addressing. You can also learn more about the origin story that led to the movement, as well as how you can participate from anywhere on the globe. You can find them @teenstakecharge on Facebook and Instagram, or by using the hashtag #TeensTakeCharge on Twitter.