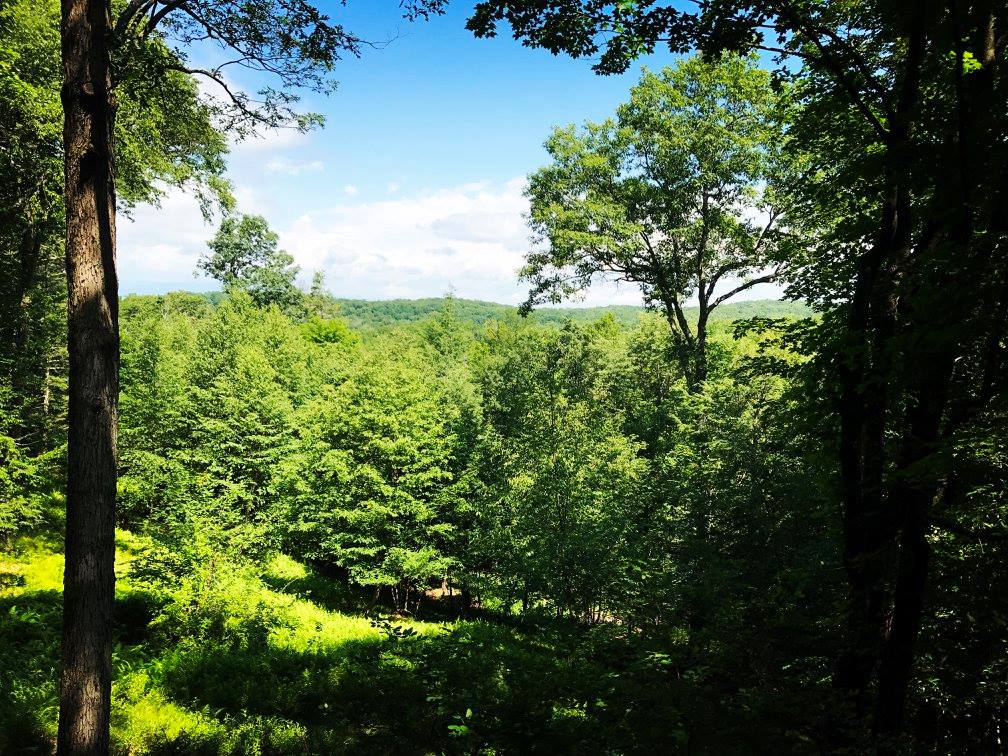 They each come to our topic, “Power And,” from a deep & different perspective, as well as form. They will be among the first-published voices for Issue 8, which launches at the end of July. You can see a little bit about each artist below, as well as the work they will be pursuing during the residency. If you are in New York this summer, we hope you will join us for our annual Sunset Soirée on July 22, where we will be showcasing the work they created during our time together at The Crystal Cottage. Bianca Ng is a visual storyteller who explores topics related to the Asian American Identity, mental health, and inclusive feminism. She received her BFA from the University of Michigan and her work was featured in the Type Directors Club. Her background is in branding, illustration, and print design, but she’s also known for her interdisciplinary passion projects. Currently, she works as a freelance designer and collaborates with female-centric organizations such as The Cosmos and It’s Not Personal. You can see a recent interview with her from The Slant about Take Up Space, an annual storytelling project she launched in 2017, but you can also see a little bit below about the driving forces behind her current work below:

“The driving forces behind my work are my innate curiosity for the human psyche and my passion for telling untold stories through dynamic imagery and experimental typography. I give minority voices a space to feel vulnerable and to be heard. By visually conveying taboo topics relating to the Asian American identity, mental health and inclusive feminism in my work, I question societal standards and encourage self-reflection on those topics. Ultimately, I want my work to spark significant and profound conversations with and among my audience.” Paulette Jonguitud is the author of Mildew, published in the UK  by CB EDITIONS and in Mexico by FETA/CONACULTA. Mildew was part of the Cultural Highlights of 2015 list by the Wales Art Review. In its Spanish edition it received a Special Mention in the 2009 edition of the Juan Rulfo First Novel Prize. Her second novel, Algunas margaritas y sus fantasmas, was published in Mexico by Penguin Random House in 2017. She has also written El loco del martinete, a book for children published in Mexico and Spain by Grupo  EDEBÉ and a short story collection, Son necios, los fantasmas, published in Mexico by El Guardagujas. She has been an artist in residence at The MacDowell Colony and a fellow of Fundación para las Letras Mexicanas and FONCA in its Program for Young Creators. She currently teaches Creative Writing at Universidad del Claustro de Sor Juana in Mexico City. You can see more of her work on her website, but in terms of what drives Paulette’s work, she writes:

“I’m a writer based in Mexico City. I write in Spanish and in English; the language I choose to write a story in, is to me, as important a decision as are narrator, tone, or even plot. The driving force behind my current work is motherhood in the midst of a failing country. I’m working around a topic I call ‘Female while in Mexico’ that reflects on the dangers of being a woman in a country that has one of the highest rates of femicide in the world, and being a mother of a girl in such an environment. I’ve written and published a novel on the specific topic of gender violence in Mexico, but I find that I still have a lot to explore on the issue of motherhood in a war ridden country, what female writers can do to educate girls on this emergency situation, and the role that power plays in the slaying of our girls.” Christopher Kojzar received his B.A. in International Affairs from George Washington University and his M.F.A. at the University of Maryland Baltimore County in the Intermedia and Digital Arts Program. He is currently creating mixed media and immersive video art in response to encounters he experiences while sharing open and public spaces with others. Sketching in public has prompted interactions with security personnel, police officers, TSA agents, and pedestrians. He explores the increasingly troubled phenomenon of observing and being observed in an era of escalating surveillance and mistrust. Christopher recently completed a three-year residency program at the Creative Alliance in Baltimore, MD and has exhibited nationally and internationally. In the Fall of 2018, he will be attending residencies at Crosstown Arts in Memphis and the Santa Fe Art Institute in New Mexico. His website showcases drawing, video installation, publication, and performance collaboration, but for a glimpse into his approach to art-making, Christopher writes:

“In my work, I take station in, but freely respond to and with, the places I seek out. I document. Specific locales such as travel hubs, shop exteriors, casinos, public parks, and government buildings inspire me to step outside of my studio and engage with the world around me. On my part, interactions are unsolicited and I dig into a ‘passer-by curiosity.’ The demarcation of race does not leave room for furtive bodies, and so often men of color, like myself, stand out in crowds. I create art from these engagements and base the content off of the nineteenth century concept of flâneurism. I embody this archetype and document moments when others mark my body as suspicious and scrutinize my actions as an artist. I want to provoke viewers into considering my interpretation of flânerie and to encourage them to incorporate a new ‘art of seeing’ into their daily lives.” Tara Rose Stromberg is a Brooklyn-based writer and graduate of The New School MFA program. Her work often bridges the visual and literary realms, focusing on the personal themes of identity, anxiety, and family trauma. She is also the Head of Production at Dress Code, an animation and production studio, and has produced films that have been recognized by The Webby Awards, Tribeca Film Festival, and Vimeo Staff Picks, among others. She is currently writing a memoir about the experience of shooting a 35mm film in Prague during a nervous breakdown. About the work she intends to investigate at Rhinebeck, Tara writes:

“To write as ‘I’ is a bold move, one that must be made with conviction. How does a writer find such power within oneself? This residency offers this writer an opportunity to reclaim the ‘I,’ which is so integral to uncovering her truth; to explore what significance an individual’s personal story can have amidst the baffling and seemingly insurmountable troubles of this world. Does this writer’s voice have a place in it? How can she engage in both intellectual discourse on the state of society and her obsession with tiny fake food videos? This writer will use the personal essay to explore childhood trauma and the clever, often humorous ways in which her immersion into television, film, and pop culture helped shape her identity in the absence of parental role models.”

Join us in welcoming Bianca, Paulette, Christopher, and Tara to our Rhinebeck Residency. You can see our past residents here, as well as what they had to say about their time at The Crystal Cottage.

After the event, we asked the students about their experience on stage and how they plan to continue using their voice. Below are excerpts from their responses. Many people see charter schools as the way to go, while others view all the openings as a nuisance. Since I've had a dose of both charter and traditional public school education, I know both have unique benefits, and I'm glad I had the chance to share my story. Although I was moved hearing my peers' testimonies, I know there is still work to be done. Even if we aren't the voices to reach the ears of policymakers, our stories will reach the ears of more people and collectively make more noise. In college, I want to volunteer in a local school to make a direct impact on students and, hopefully, start/join a similar group to Teens Take Charge. I was a bit hesitant to share my story, but ultimately I realized I shouldn’t be ashamed of sharing my truth with others. “To Whom It Should Concern” provided me with an outlet to express how I felt about the education I received. Though I am very aware that it exists, I had not put too much thought on inequities in some New York City public schools. I am glad that I was able to hear the stories of others. Every new day is a step into the future. I do and will continue to use my voice to bring light to my experiences in hopes of inspiring and hearing from others. The panel was my favorite part of the night, because it provided me the opportunity to get personal with the audience and further elaborate on specific lines I referred to in my letter. Being able to give my raw, uncensored testimony and connect with strangers on such a deep level on such an important topic allowed me to see that the only way change can be made in New York City’s education system is for people who have been in the system to speak up about their experiences. As teenagers, we need to be conscious of our environment. Speaking my story was a testament to my growth as a student and as an individual. I will continue to believe in the power of the pen. Revealing my story at "To Whom it Should Concern" was an experience I will never forget. It allowed me to realize that I can't just sit and let issues fester, but instead need to bring attention to them. I learned that stories, no matter how controversial, are meant to be told and listened to. This event was an opportunity for the students to teach, and the teachers to learn and understand. It was an opportunity to hear voices that haven't been considered, and for people of higher position to see how they can help. This event was a moment to clear misconceptions and reveal the truth behind school doors. Speaking at the "To Whom It Should Concern" event was very empowering. I was able to remind myself and others that speaking out to issues we care about is important. Through this we can yield change. I hope to continue to write poetry and speak out on other issues. I want to be the change I want to see in this world. And through speaking out and writing, I can be. I am the sort of person who can practice a hundred times, but as soon as I get on stage I blank out. The plus side to me blanking out is that I am able to implement my improvisation skills. I learned that I need not be afraid of speaking in front of a crowd because we are all humans and humans make mistakes too. I learned that I need to not let my fear of messing up get in the way of me articulating the message. I need to believe in my abilities, so that I can be able to show people my amazing personality. A lot of the time when discussions on systemic change are happening, the people most affected are left out of the conversation. At this forum, I was able to have a dialogue with some students who live in the most segregated districts as well as have my voice heard. I hope to continue to find platforms to voice my opinions. I want to elevate the voices of the youth because we are the ones who will be most affected by these issues. I want to continue to be a voice for my community and force our issues that have been sidelined to the stage. Hopefully, I can be the face of change and be the change I want to live.